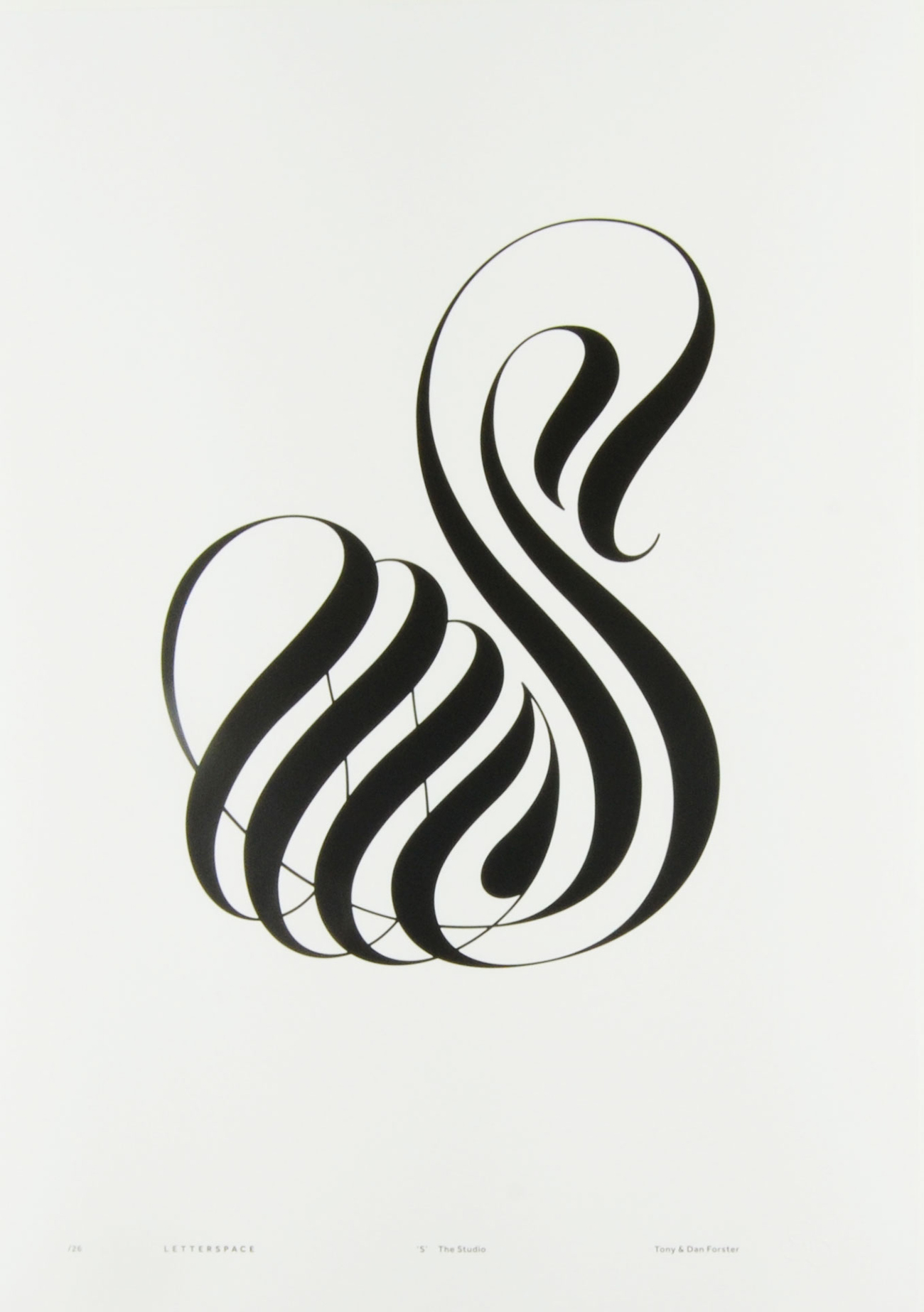 "My Dad designed this Swan 'S' logo in the early 2000s for 'Black Swan Editions' which was the intended publishing wing of his studio. 'The Studio' was where all his work was made, where he spent most of his time and was also the term we all used at home for his space."

About the designer, Tony Forster

Dan Forster is a designer, illustrator and co-founder of thelostfox.com, based in Leeds. For Letterspace, Dan is presenting the work of his late-father, the prolific Manchester-based lettering artist, calligrapher and typographer, Tony Forster.