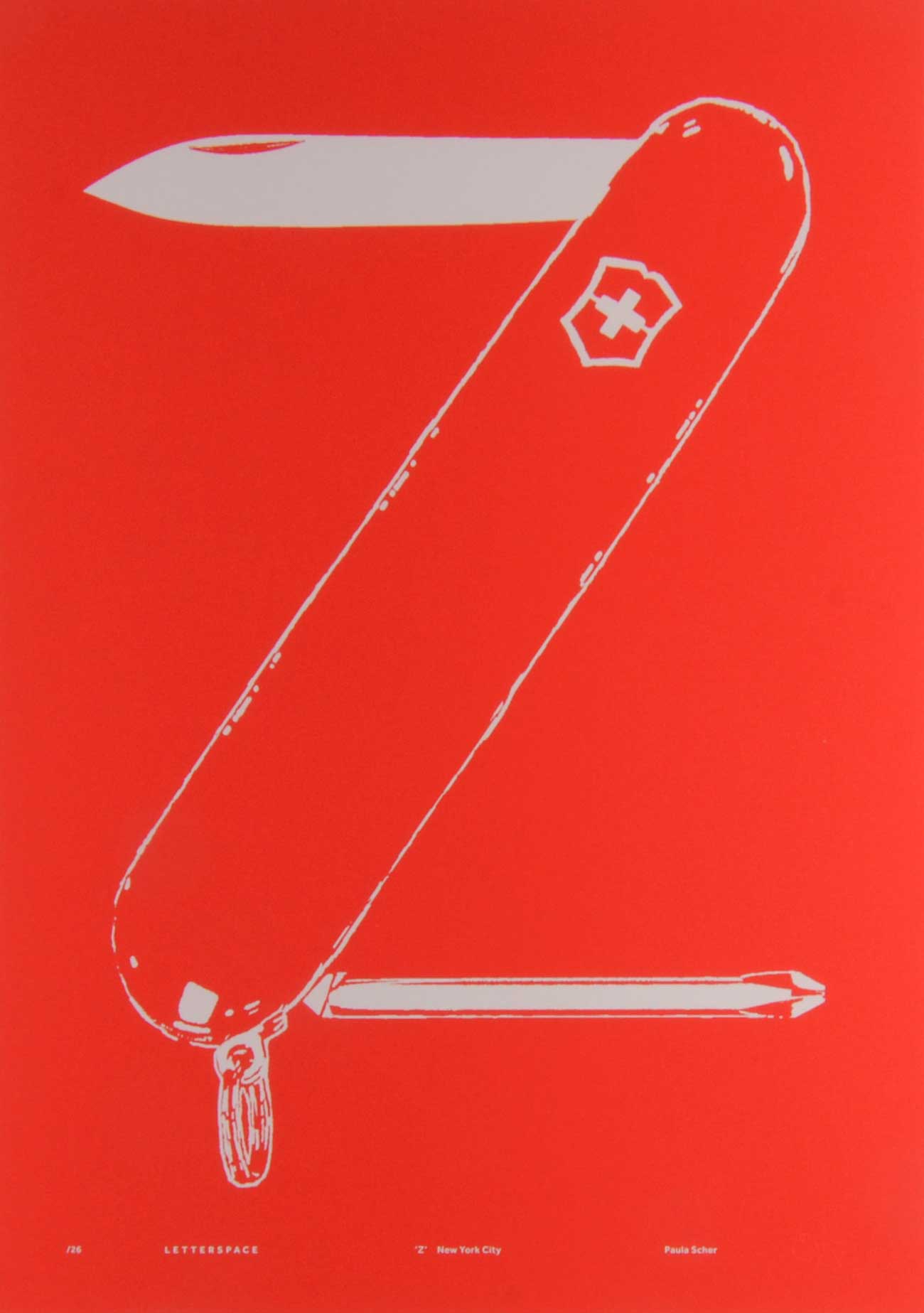 "The Swiss Army Knife was an obvious choice for 'Z' because of its form, and its ability to transform. It has a compelling combination of both innocence and violence. This adaptable, flexible nature has many parallels with being a designer in New York City-we both need to change quickly and effectively."

About the designer, Paula Scher

Paula Scher is one of the most acclaimed graphic designers in the world. She has been a principal in the New York office of the distinguished international design consultancy Pentagram since 1991, where she has designed identity and branding systems, environmental graphics, packaging and publications for a wide range of clients that includes, among others, Citibank, Microsoft, Bloomberg, the Museum of Modern Art, Tiffany & Co, the High Line, the Public Theater, the Metropolitan Opera, the Sundance Institute and the Philadelphia Museum of Art. During the course of her career Scher has been the recipient of hundreds of industry honors and awards; she is a recipient of the National Design Award for Communication Design, the AIGA medal and the Chrysler Award for Innovation in Design, among others. Scher has served on the Public Design Commission of the City of New York from 2006-2015. She is an established artist exhibiting worldwide, and her designs are in the permanent collection of the Museum of Modern Art, the Cooper Hewitt National Design Museum, the Library of Congress, the Victoria and Albert Museum and other institutions. She is the author of "Make It Bigger" (Princeton Architectural Press, 2002) and "MAPS" (Princeton Architectural Press, 2011). Scher holds a BFA from the Tyler School of Art and a Doctor of Fine Arts Honoris Causa from the Corcoran College of Art and Design, the Maryland Institute College of Art and Moore College of Art and Design. A documentary on her and her work can be seen in the 2017 Netflix series Abstract: The Art of Design.